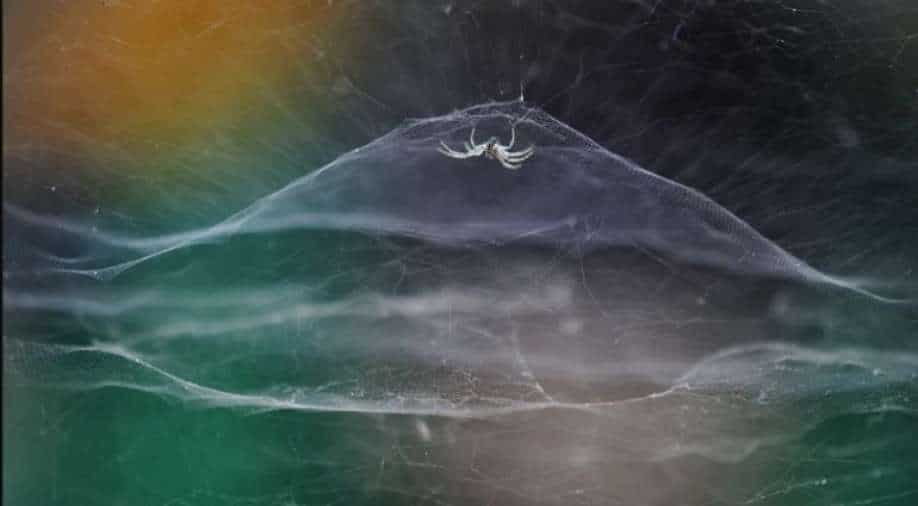 A 10-year-old boy from India called Vidyun R Hebbar has won the prestigious Young Wildlife Photographer of the Year award.

Hebbar, who is from Bengaluru, had submitted an image called ‘Dome Home’ showing a spider weaving its web.

The image was praised for being detailed, well-illuminated, and having a spot on focus.

”It was challenging to focus the tent spider because the web shook every time a vehicle passed by,” said Hebbar.

Also see | From ‘explosive sex’ to dome home: Winners of the wildlife photographer of the year

Writer and chair of the jury Rosamund ‘Roz’ Kidman Cox said, ”It’s such an imaginative way of photographing a spider.”

”The picture is perfectly framed, the focus is spot on. You can see the spider’s fangs and the crazy weave of the trap. The threads are like some delicate nerve network linked to the spider’s feet. But the really clever bit is the addition of a creative backdrop – the bright colours of a motorised rickshaw,” she added.

Also see | Wildlife Photographer 2021: Here are the stunning entries of the competition

Another jury member Dr Natalie Cooper said ”The jury loved this photo from the beginning of the judging process. It is a great reminder to look more closely at the small animals we live with every day, and to take your camera with you everywhere. You never know where that award-winning image is going to come from.”

Vidyan loves to capture those things that are considered mundane and are usually ignored by most of the people.

This was not his first attempt in the competition that receives thousands of entries from all across the globe.

The first time he entered the Wildlife Photogragpher of the Year competition was in 2019.

The compeition conducted by the Natural History Museum of London was first organised in 1965.

It has total 19 seperate categories. The prize for every category is decided on the basis of its narrative, originality technical excellence as well as ethical practice.