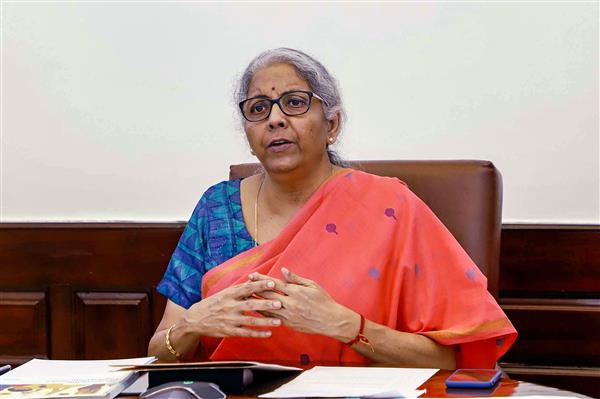 The killing of four farmers in Lakhimpur Kheri is “absolutely condemnable”, Finance Minister Nirmala Sitharaman has said but qualified her statement by stating that such condemnation should be for all such incidents that happen in India and not just in a BJP-ruled state where her Cabinet colleague’s son is “probably in trouble”.

Asked why the PM and senior ministers had not spoken on the killings so far and why the BJP resorted to “defensive reaction” when questioned about such incidents, Sitharaman, who is on an official visit to the US, said: “It’s nice of you to have picked that one incident which is absolutely condemnable, every one of us say that. Equally, there are instances happening elsewhere, is my concern.”

Broadly echoing PM Narendra Modi’s observation over selective outrage over violation of human rights, Sitharaman also attacked economist Amartya Sen, who in June had said the Modi government was focused on taking credit for its actions, resulting in schizophrenia that led to the second Covid wave.

Speaking during a conversation at Harvard Kennedy School on Tuesday, the minister said India had issues of such nature happening in different parts of the country. But many others, including Amartya Sen, raised it because “it’s a state (UP) where the BJP is in power, one of my Cabinet colleague’s sons is probably in trouble, and also assume that it’s actually them who did it and not anybody else. Due course of justice will also have an inquiry process to establish it.”

On the issue of turning defensive on such issues, Sitharaman said, “I will talk for India. I will talk for justice for the poor. I will not be mocked. And if it is mocking, I will be defensive to stand up and say ‘sorry, let’s talk on facts’. That’s my answer for you.” Sitharaman defended the three farm legislations by pointing out that they had been discussed by several parliamentary panels for over a decade.

Indicating that the government would have no rethink on the farm laws, she said, “When the farm laws were brought in the Lok Sabha, there was an elaborate discussion. It was only when it came to the Rajya Sabha, there was a lot of noise and disturbance.” “The highest amount of procurement, the largest-ever payment per farmer under the minimum support price (MSP) has happened in the last seven years,” she asserted.

“So we have not been told what it is that they’re protesting against as yet and the minister is willing to talk even today,” said Sitharaman.

FA in firing line as FIFA acts on England-Hungary trouble