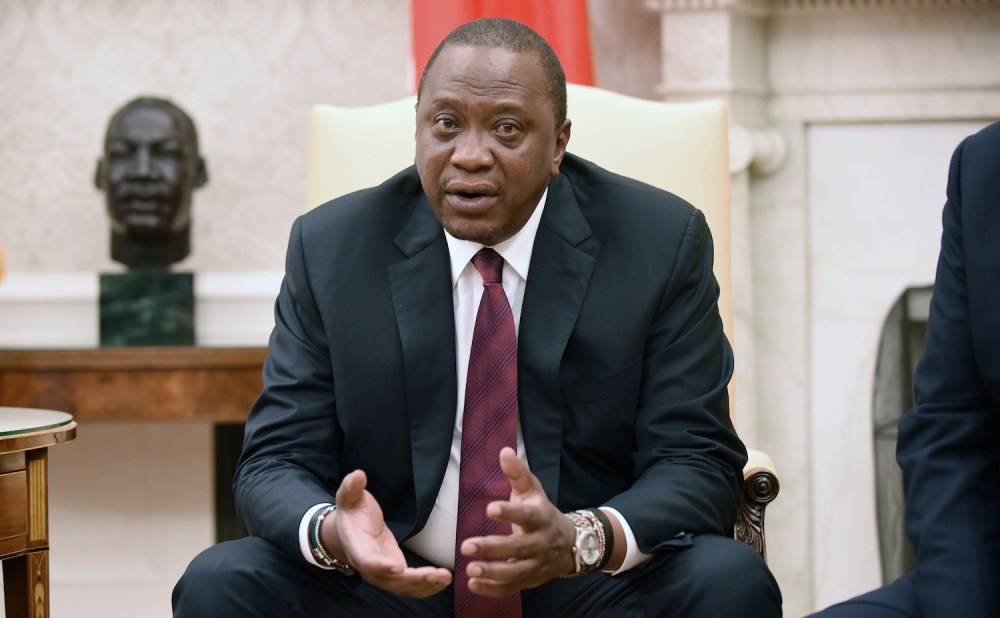 If you would like to receive Morning Brief in your inbox every weekday, please sign up here.

If you would like to receive Morning Brief in your inbox every weekday, please sign up here.

U.S. President Joe Biden hosts his Kenyan counterpart Uhuru Kenyatta today in Washington. Kenyatta is the first African leader to meet with Biden at the White House since he became president.

The two are expected to discuss a range of issues, from economics and security to climate change and human rights.

A White House statement describing the meeting as a chance for Biden and Kenyatta to discuss the “need to bring transparency and accountability to domestic and international financial systems” comes in the wake of revelations in the Pandora Papers that Kenyatta and six of his family members were linked to millions in secret offshore investments.

White House Press Secretary Jen Psaki deflected the issue when asked in a Wednesday briefing about the incongruity, saying that the revelations wouldn’t stand in the way of today’s discussions.

Kenyatta himself has denied any impropriety, reminding reporters that his name did not appear in the leak and promising to address the issue when he returns home. Kenyatta gave his remarks in New York following a meeting of the U.N. Security Council, where Kenya currently holds the rotating presidency.

U.S. interests in Kenya go deep. The country is the fifth largest U.S. aid recipient, getting roughly $540 million in aid in 2020. Although most of that spending funds economic and health programs, Kenya has also been a target of U.S. military aid: From 2010 to 2020, the United States spent approximately $400 million training and equipping Kenya’s military to deal with the threat of the Islamist militant group al-Shabab, despite corruption and human rights concerns surrounding Kenya’s security forces.

Biden has even threatened to remove Ethiopia’s trade privileges under the African Growth and Opportunity Act (AGOA) over alleged human rights violations during the fighting, a position the Ethiopian government fiercely opposes.

Rethinking Africa policy. The meeting comes as the Biden administration seeks to refocus its efforts on Africa. As FP’s Robbie Gramer reported on Oct. 5, the appointment of Judd Devermont as special advisor for Africa strategy on the National Security Council is meant to kickstart the administration’s approach to the continent, with a new strategy set to be revealed by next spring.

A political triangle. Though this will be the third president Kenyatta has met at the White House, it’s likely to be his last visit as term limits prevent him from running in elections in 2022. Kenyatta’s challenger in the 2017 election, Raila Odinga, is expected to run for a fifth time, this time with the likely endorsement of Kenyatta. The about-turn in Kenyatta’s thinking comes at the expense of Deputy President William Ruto, previously Kenyatta’s chosen successor.

Armenia vs. Azerbaijan. The International Court of Justice at the Hague today hears arguments in a case brought by Armenia against Azerbaijan. Armenia claims Azerbaijan violated the International Convention on the Elimination of All Forms of Racial Discrimination (CERD) during the conflict in Nagorno-Karabakh last year. Armenia contends that even after a cease-fire was declared in Nov. 2020, “Azerbaijan has continued to engage in the murder, torture and other abuse of Armenian prisoners of war, hostages and other detained persons.”

Chile impeachment. Chilean opposition politicians began impeachment proceedings against President Sebastián Piñera on Wednesday after the billionaire was implicated in a controversial mining deal following the publication of the Pandora Papers earlier this month. Lawmakers in the opposition-controlled Chamber of Deputies will vote on whether to approve the indictment of Piñera in early November.

Norway killings. Five people were killed and two wounded following attacks by a man armed with a bow and arrows in the Norwegian town of Kongsberg on Wednesday. The attack is the deadliest the country has seen since far-right terrorist Anders Behring Breivik killed 77 people in 2011. Police are still investigating the attack to determine a motive.

Keep an Eye On

U.S.-Palestinian ties. U.S. Secretary of State Antony Blinken said the Biden administration would move forward with plans to reopen a U.S. consulate in Jerusalem to handle relations with Palestinians, an office shut under President Donald Trump. Several Israeli cabinet members are opposed to reopening the consulate, making it an issue that could divide an already shaky coalition. The Biden administration had previously said it would wait until after a Nov. 4 deadline for Israel to pass its budget and ensure Naftali Bennett’s government survives another year before reopening the mission.

Scholz’s Christmas present. German Social Democrat leader Olaf Scholz has predicted on Wednesday that he would form a new government before the Christmas holidays, an indication of positive progress in three-way talks with the Green Party and Free Democrats. Scholz made the remarks in Washington as he joined G-20 finance ministers in endorsing an OECD-led global tax agreement which includes a 15 percent minimum corporate tax.

The United States is now the world’s largest bitcoin miner, overtaking China following a crackdown on the practice by Beijing authorities. The U.S. share of computers connected to the bitcoin network is now at 35.4 percent, with Russia and Kazakhstan in second and third place, according to research by Cambridge University. China had previously accounted for 75 percent of bitcoin mining as recently as 2019, but that number has crashed to zero after its financial regulator banned banks from offering cryptocurrency services.

Correction: Tuesday’s edition misstated the last surviving resident of the Dokdo islands. Kim Sin-yeol is the only registered resident.