The trio from the Caribbean will represent the Punjab Kings while Flower will serve as deputy to head coach Anil Kumble.

Punjab Kings posted pictures of their arrival in the UAE across social media platforms.

Gayle and Allen are coming off a triumphant Caribbean Premier League (CPL) campaign with the St. Kitts & Nevis Patriots. The Patriots defeated the St. Lucia Kings in what turned out to be a gripping last-ball finish. Flower was the head coach of the Kings.

Punjab Kings will resume their IPL 2021 campaign against the Rajasthan Royals in Dubai on September 22.

Can Chris Gayle and Nicholas Pooran turn up the heat for Punjab Kings in the 2nd leg of IPL 2021?

The Kings will hope that the likes of Gayle and Pooran hit the ground running in the second phase of IPL 2021.

The duo were off-color in the India leg and their underwhelming performances contributed to Punjab’s current position in the points table. KL Rahul’s unit occupy sixth spot in the table after managing just three wins from eight matches.

Pooran, on the other hand, had a forgettable stint in the IPL earlier this year. In seven games, he managed just 28 runs, including four ducks, at an average of 4.66. He was eventually dropped for the eighth game.

Since then, the left-hander has regained his form. He played a crucial role in the West Indies’ T20I series win against Australia earlier this year and backed it up with a decent outing in the CPL.

There was a lot of noise when Pooran wasn’t batting well. Not many people are talking about this. 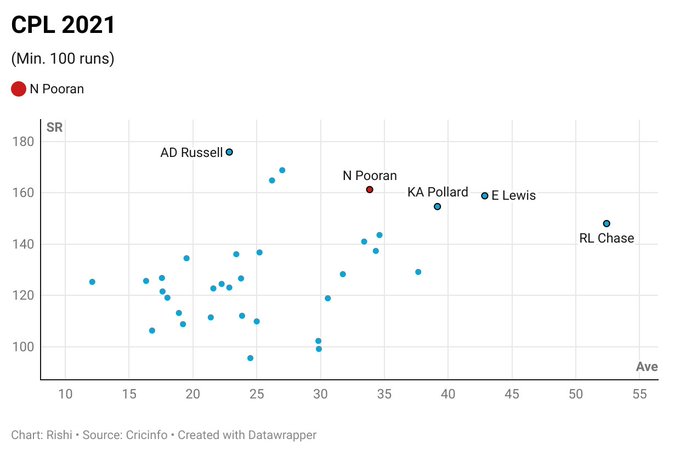 There was a lot of noise when Pooran wasn’t batting well. Not many people are talking about this. https://t.co/YvLNNJEuew

The southpaw ended the tournament as the leading run-scorer for the Guyana Amazon Warriors. In 10 innings, he scored 263 runs at an average of 32.87 and a strike rate of 163.25.

Allen, the spin-bowling all-rounder, scored 137 runs in 11 innings at a strike rate of 139.24 besides claiming nine wickets at 29.22 in the recently concluded CPL. However, he featured in just a couple of games during the first leg of IPL 2021.