Home » Moving Forward in an Inclusive Digital World: The Case of Mobile Money

Moving Forward in an Inclusive Digital World: The Case of Mobile Money 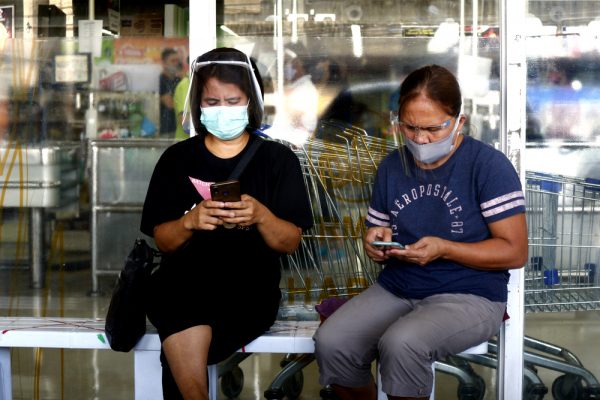 The COVID-19 pandemic has accelerated the adoption of digital payment systems. While such technological advancement is welcomed as it improves transaction efficiency, it is also possible that certain groups of consumers, particularly women, are left behind, resulting in a “digital divide.”

Southeast Asia is home to numerous matrilineal societies, where women take a dominant role in managing household finances. The women of the Minangkabau (the largest matrilineal society in the world) and Javanese societies play central roles in their households and wider economies. Within their communities, women are believed to have thrift and foresight in handling money.

Today, women of Southeast Asia are geographically mobile, necessitating and expediting financial account ownership for storing and remitting money back home. Since 1970, the Philippines and Indonesia have witnessed a tremendous migration of female workers abroad. Women represent close to 80 percent of international migrants from these countries. Additionally, higher educational attainment and growing employment opportunities have contributed to the greater involvement of Southeast Asian women in financial activities.

Does the financial independence of women have implications on their payment preferences? According to our recently released study, women are more likely to use cash for payments compared to men. We attribute this finding to the fact that household spending on groceries and utilities is typically managed by women and involves greater usage of cash. Interestingly, Singapore is an exception where cash usage is similar for men and women.

Such gender dynamics do not translate to other payment channels. Women lag behind men in the usage of financial institutions and credit/debit cards for payments. In countries like Singapore and Malaysia, where the disparity is the largest, women are over 14 percent less likely to make payments using financial institutions compared to men. These payments typically involve higher value transactions, suggesting that ASEAN women on average partake less in financial activities involving large sums of money.

The expanding penetration of the internet and mobile networks in ASEAN has facilitated the boom in e-commerce in both domestic and cross-border markets. The region also boasts the fastest-growing internet market in the world, with approximately 125,000 new users joining the internet daily.

Mobile money presents tremendous benefits to users and financial service providers, as well as to the economy as a whole. For users, mobile money allows previously unbanked segments of the population to access financial services in a secure, precise, and timely manner. The financial service providers stand to gain as they penetrate previously unserved markets and populations. The usage of mobile money also stimulates new forms of consumption, while providing a metric to enumerate the informal economy by facilitating the transparent tracking of sales and employee payments.

Get briefed on the story of the week, and developing stories to watch across the Asia-Pacific.

Across the world, COVID-19 has hastened the adoption of digital financial services, particularly mobile money. Digital payments have surged on a global scale, as the pandemic necessitated previously hesitant segments of the population to adapt to digital payment frameworks. Government relief programs to vulnerable residents, safe-distancing and home confinement measures, and the rise of digital remittance services for migrants sending money home, have all propagated the usage of digital payment methods.

ASEAN is a mosaic of cultures and peoples, and likewise, consists of countries with varying levels of financial development. The average usage rate of mobile money among users from lower-middle-income countries like Myanmar and Laos are both below 1 percent. While mobile money usage rates in more financially developed countries like Malaysia and Singapore are much higher, women there are less likely to use mobile money. As mentioned above, our study finds the gap between men and women in using mobile money sitting at 4.74 and 5.84 percent in Singapore and Malaysia, respectively.

For developing countries, there is a dire need to push more segments of the population online as the internet penetration rates in 2019 of Cambodia (50 percent), Laos (43 percent), and Myanmar (39 percent) significantly lag behind the global average of 56 percent. The pandemic presents a golden opportunity to capture previously unbanked people, but efforts to introduce mobile banking would be futile without reliable internet access. A study by the London School of Economics found that during past epidemics, individuals with better access to the internet were more likely to try out online banking.

While mobile phone usage has increased significantly in recent years, close to 20 percent of adults in low- and middle-income countries still do not own a mobile phone. There is also a gender gap in that women are 7 percent less likely to own a phone. Experts suggest that flexible financing arrangements could be a possible incentive to increase mobile phone ownership, whereby companies could introduce installment plans for mobile devices, instead of requiring upfront payment. Mobile phone ownership can also be encouraged when major smartphone manufacturers develop low-cost smartphones specifically for smaller markets in developing countries. Here, governments have a paramount role in subsidizing manufacturers to provide affordable devices that are tailor-made to the needs of the population.

While women lag behind men in mobile money adoption, solutions to get more women on board often have the knock-on effect of increasing mobile money usage among men as well. Improvements in data privacy and consumer protection, as well as making such measures known to the public, could persuade users, particularly women, to adopt new financial services.

The cost of opening a mobile money account should be sufficiently low such that it does not present a barrier to entry for new or low-income users. In this aspect, regulatory bodies are instrumental in defining fee limits in order to avoid entry costs that hinder financial access. Banks and governments can also consider monetary or non-monetary incentives to promote the use of mobile money.

Financial inclusion is vital to any discourse on the development of a country or region, to such an extent that the United Nations has declared financial inclusion to be a prominent enabler of eight out of the 17 Sustainable Development Goals. As countries advance their digital financial services frameworks to include mobile money, certain sections of the population can potentially be overlooked. As such, it is imperative that policymakers are inclusive in their policy approaches, especially pertaining to the potential benefit gaps that arise between men and women.