Home » South Asia’s Cultural Climate Is at Risk. What Can the US Do?

South Asia’s Cultural Climate Is at Risk. What Can the US Do? 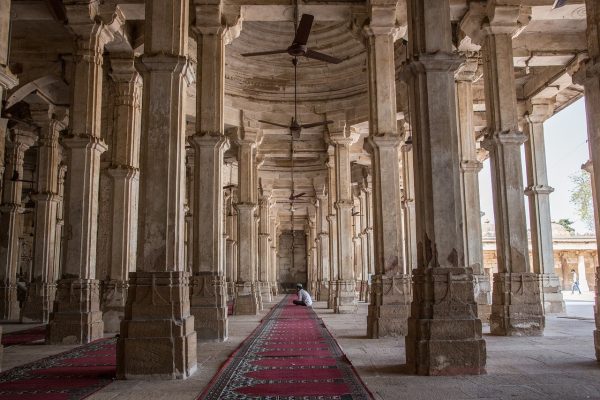 As U.S. Secretary of State Antony Blinken visits India, he has indicated human rights will be on the agenda. So far, the withdrawal of U.S. forces from Afghanistan has dominated the Biden administration’s approach to South Asia. Blinken’s visit will indicate the administration’s approach to the region, as well as how advancing human rights can counter Chinese influence.

South Asia’s enormity makes the drawing of broad trends difficult, but two competing themes are present. On the one hand, the region stands out for its traditions of democracy, minority rights, and pluralism. On the other, this history is threatened by growing authoritarianism, legal repression, and forced homogenization.

Generally, South Asian nations enjoy democratic governance, albeit some more fulsome than others. Moreover, religious and ethnic diversity is part of their historical narrative. Yet similar to how climate change alters the environment, cultural climate change threatens the multi-ethnic and multi-religious environment.

The democratic nature of these countries and weak minority protections are a big part of the problem of cultural climate change. Voters fall prey to revanchist narratives, with politicians selling fear to get votes.  Extreme voices in parliaments can rally or intimidate other MPs to support legislation that “protects” the nation and the founding faith, which they see as interwoven into each other. Oftentimes, new legislation is more about limiting rights than protecting rights.

Cultural climate change is also playing out in education systems, with long-term negative repercussions.  Reports consistently arise of the Modi government and BJP allies working to Hindutva-itize the education system, removing references to India’s multicultural past and elevating Hindu narratives that support their political agenda. Similarly, Pakistan’s effort to create a Single National Curriculum is being overtaken by the hard right, where they use Islamic narratives to advance their agenda are finding their way into math, reading, and history textbooks. In both countries, religious narratives are utilized to negatively shape how children understand their history and the view of their neighbors through the lens of fear, not equal citizenship.

Then add the pandemic and the scaremongering it has caused. For example, the hashtag #CoronaJihad circulated widely in India. As a result, Muslims were reportedly assaulted, denied medical care, and subjected to boycotts. In Pakistan, the Hazara Shia ethnic and religious minority was blamed as the source of the virus. Both of these trends take place in an already hostile legal environment toward minorities, such as Pakistan’s notorious blasphemy law and India’s anti-conversion laws.

To help support democratic norms and protect minorities in South Asia, direct diplomatic interventions by the United States will be necessary, which is why Blinken’s engagement is so critical. But diplomatic pressure will not be sufficient to change these dynamics long-term. Top-down efforts won’t win the day, as oftentimes elected leaders are fulfilling campaign promises. Instead, programs that engage youth, train parliamentarians and journalists, and support human rights activists will be essential.

Get briefed on the story of the week, and developing stories to watch across the Asia-Pacific.

And what about Afghanistan? It is an outlier to much of the wider dynamics in the region. Due to the decades of war and instability, the new U.S. posture should focus on atrocity prevention. The situation for women and girls and their advocates is increasingly dire. In addition, the tiny Hindu and Sikh communities, along with underground Baha’i, Ahmadi, and Christian communities, are in great jeopardy. But their community numbers pale in comparison to the Hazara Shia, who the Islamic State-Khorasan Province (ISKP) has repeatedly victimized through targeted attacks and bombings of schools, rallies, and mosques. Bolstering U.S. efforts to track attacks on minorities could prevent atrocities that will likely come otherwise.

And because of China, this matters more than just for human rights. Watching South Asian nations slide away from shared values would bend the overall rights environment in Asia more toward Beijing.  Supporting human rights will frustrate China’s ambitions in the Indo-Pacific region while demonstrating America’s support of billions of people. Such an approach reflects American values and interests.

Should You Hire Interns in Your Finance Firms?