Home » How the Red Sea Became a Trap

How the Red Sea Became a Trap 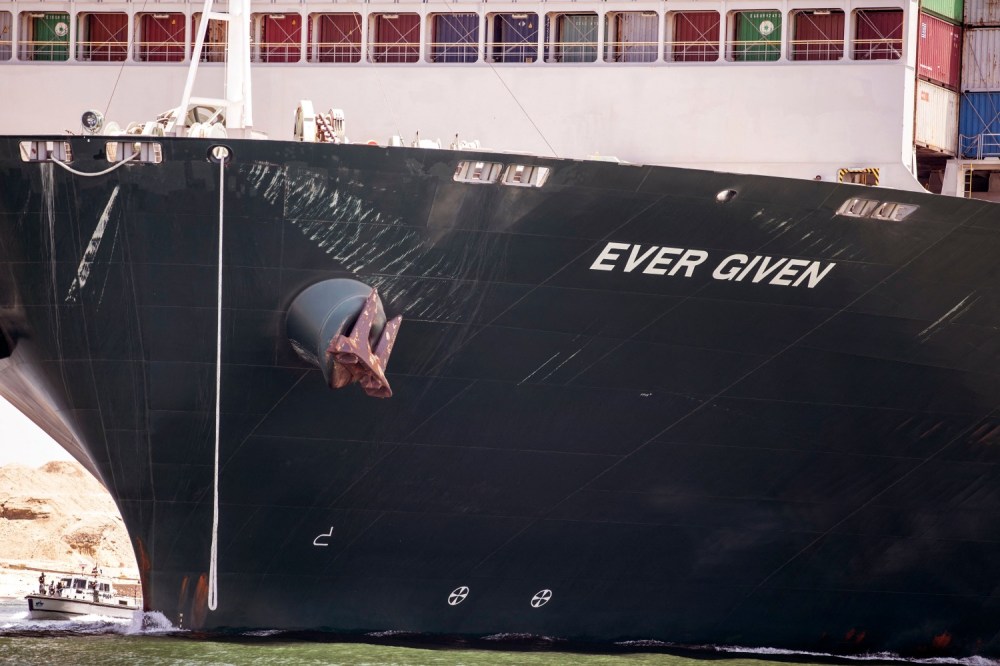 The recent history of the Red Sea reads like a macabre thriller, from industrial-scale hostage-taking by pirates to tit-for-tat naval attacks between Israel and Iran in international waters to unchecked drug and arms smuggling. The aftermath of the most recent major Red Sea news, the wedging of the Ever Given in the Suez Canal, has been equally sour.

As pilots guided the freed mega-ship to an opening about halfway along the Suez Canal (appropriately named the Great Bitter Lake), Egyptian authorities and the Ever Given’s owners began what turned out to be a three-month-long wrangle over the sum of salvage and damages payable to the Suez Canal Authority in return for the ship’s release. An agreement means the ordeal is now mercifully over—not least for the ship’s crew. But while another chapter in the Red Sea’s fraught recent history is concluded, it is far from the end of the story of conflict.

The recent history of the Red Sea reads like a macabre thriller, from industrial-scale hostage-taking by pirates to tit-for-tat naval attacks between Israel and Iran in international waters to unchecked drug and arms smuggling. The aftermath of the most recent major Red Sea news, the wedging of the Ever Given in the Suez Canal, has been equally sour.

As pilots guided the freed mega-ship to an opening about halfway along the Suez Canal (appropriately named the Great Bitter Lake), Egyptian authorities and the Ever Given’s owners began what turned out to be a three-month-long wrangle over the sum of salvage and damages payable to the Suez Canal Authority in return for the ship’s release. An agreement means the ordeal is now mercifully over—not least for the ship’s crew. But while another chapter in the Red Sea’s fraught recent history is concluded, it is far from the end of the story of conflict.

As I show in my book, Colonial Chaos in the Southern Red Sea: A History of Violence From 1830 to the Twentieth Century, the region’s vexatious contemporary culture lies in the impact of colonialism. Colonialism created chaos in the Red Sea in two ways. First, European rulers carved the region into a patchwork of highly militarized, patronage-seeking, mutually competitive states. Second, colonialism sowed the seeds of civil division. In the process, European colonialism comprehensively upended the culture of the region’s politics, as well as its international relations.

Before the 19th century, a web of diplomatic, religious, and cultural connections among the royal courts of the northwest Indian Ocean coastline linked Surat to Somalia, the Hejaz to Hadhramaut. Many of these regional governments traced their origins and interconnections back to the ancient trade between the Mediterranean and Asia. The government of Punt (an ancient state located in what is today northeast Somalia) had sent diplomatic missions to Egypt since 1800 B.C. The Red Sea’s coastal states, notably Somalia and Yemen, were some of the earliest adopters of Islam. This shared history and faith fostered a view of the Red Sea as a melting pot—a meeting place, not a gladiatorial theater in which rival powers jockeyed for preeminence. Islamic legal doctrines such as the idea of aman, or “security,” created de jure maritime free-trade zones around ports where Red Sea governments protected all foreigners, Muslims and non-Muslims alike.

The earliest colonial interactions between Europeans and the peoples of the Red Sea conformed to the cooperative tone of international relations. In 1844, British naval lieutenant Charles Cruttenden was shipwrecked in the Majerteen sultanate, which governed the area roughly coterminous with contemporary Puntland, in northeastern Somalia. Cruttenden spent several weeks as a guest of the Majerteen sultan, attending a meeting of Majerteen’s rulers, agreeing treaties of friendship between the British and the Majerteen, and establishing a rudimentary salvage rule that offered the sultan a fixed payment in exchange for taking care of stranded foreign crews.

Fast-forward two decades to the 1860s, and a profound shift in British officials’ treatment of Somalis was underway. In 1862, Robert Playfair, a deputy ruler of the colonial port of Aden, was searching the same stretch of coast, this time for a lost British navy ship. On finding the ship stranded without its crew, Playfair leaped to the conclusion that the ship had been pirated by coastal peoples. In reality, the crew may simply have gone in search of rescue, seeing no prospect of refloating the ship. Then again, they might have been attacked—but not by Somalis. Raiding parties from Oman were known to venture into northern Somali waters in the 19th century.

Still, Playfair summoned several gunboats that prowled the coastline looking for culprits. Playfair found none. After a few weeks of stalking the shores of northeastern Somalia, the British commander went ashore to meet with the Majerteen sultan, a relatively inexperienced young man named Uthman Mahmud. In stark contrast to his predecessor Cruttenden’s style, Playfair was confrontational at the meeting. He thrust upon the youthful sultan an impossible choice: find, arrest, and sentence to death the pirates who had attacked the British naval ship, or face his capital’s destruction by British gunboats looming on the horizon.

Playfair’s strongman tactics proved effective. The sultan chose to round up “culprits” and behead them in a grisly ceremony on a beach in front of an impervious delegation of British officials. Playfair’s ruthless approach to diplomacy had a profound effect on northeastern Somalia’s politics and the culture of foreign relations in the region at large. Playfair’s heavy-handed treatment of Uthman damaged the sultan’s domestic credibility. Shortly after Uthman’s humiliation, a provincial governor named Yusuf Ali seceded from the sultanate, a dynasty with a formerly stable history of almost two centuries. By now, the Red Sea was a hotbed of colonial competition. Britain, Germany, Italy, and others all offered political support and military patronage to the upstart Ali, empowering him to sever the sultanate in two and create a new sultanate of his own to the south of Majerteen.

A cascade of similar incidents plagued the last decades of the 19th century in the Red Sea. Colonial officials ran amok, sowing the seeds of instability that persist to this day.

Take Djibouti. The size of Iowa with a population similar to that of Delaware, the coastal state hosts permanent military garrisons of U.S., Chinese, French, Italian, Saudi, and Japanese troops, as well as several international military task forces. The Djiboutian government presents the situation as a success story of peaceful globalization: Rival world powers neighbor one another cheek by jowl, and still the country remains peaceful. But beneath the surface calm, a strong undercurrent of conflict persists. The U.S. and Chinese bases are barely 5 miles apart and incidents have reportedly included Chinese personnel shining lasers into the eyes of American military pilots. In an echo of the Suez crisis, last year the Djboutian government nationalized Doraleh Container Terminal following a disagreement with its financer, Dubai’s DP World. These are foreboding signs. Other governments of larger territories and populations have struggled more than Djibouti to contain international and internecine conflicts. Somalia, Yemen, and Sudan have now experienced more civil war than peace since their independence.

Colonialism is the aggravating background noise in all these conflicts, a Gordian knot in which the region is trapped. In the last few years, there has been renewed historical focus on colonization’s impact, as well as efforts to decolonize international relations. These have the potential to yield a more profound understanding of the causes of conflict in the region—and how to resolve them.

De-escalation comes first. The Red Sea’s history shows that violence begets more violence. The violence that Sultan Uthman experienced at the hands of the British trickled down into violence within his own realm, against his own citizens. Playfair’s heavy-handedness—while far from unusual in the 19th century—triggered a chain reaction that saw tensions rise domestically and the fabric of the country break apart. Someone has to break the cycle.

It is also high time to revisit regional traditions of international relations, law, and commerce. Until the mid-19th century, a dense network of connections knit the region together; laws and business customs underpinned a more stable and peaceable approach to international trade and foreign relations. The pre-colonial history of international relations in the region is not only a rich and fascinating tapestry; stories and customs excavated from before the 19th century could be a lifeline for a region plagued by colonial modernity.

The alternative is intensifying anarchy, militarism, and international competition. As Gen. Nick Carter, the United Kingdom’s chief of the defense staff, put it in 2018, “The global playing field is [increasingly] characterized by constant competition and confrontation, with a return to a former era of great-power competition.” A new international architecture is needed to avoid escalation in the Red Sea region, one that starts not with national self-interest, but with the wellbeing of the whole region.